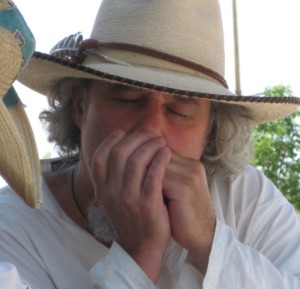 Dr Steven Weiss (he is an osteopathic physician) began blowing harmonica when he was four years old. His father and his grandfather both played the mouth organ as well.

Growing up in the more popular “cross-harp” rock/blues/boogies styles, he began playing “straight harp” style (melodies rather than chords or blues):  traditional, mostly old-timey, tunes on the harmonica in 1970, hanging out with southern tow boat pilots on the Ohio River near where he went to college. This was followed by many years living in Maine playing for contradances, folk clubs, concerts, festivals and playing to back-up other performers.

Although he is perhaps best known for his playing of fiddle tunes and traditional music (he has won fiddle and traditional music contests playing tunes on the harmonica), he loves pushing the instrument’s musical envelope playing rhythm vamps (known in Piedmont Blues style as “The Wind Chops,” accompaniment, blues, jazz, classical and old swing standards. He has performed extensively with various bands, including most recently the nine piece funk band “The Truthseekers” based in New York City.